Our school is in the parish of St Dunstan’s, Cranbrook.  Our vicar is Reverend Ann Pollington. She regularly visits the school for collective worship and also leads some services that are held at the church during the school year. ( For example; Christmas, Easter, Leavers, and Harvest).

St Dunstan was Archbishop of Canterbury during the 10th century, his body is buried in Canterbury cathedral. He is the patron saint of gold and silversmiths and his Feast day is the 19th May.

Located in the centre of Cranbrook, a church has existed on this site for over 1000 years, the present church building was built mainly in the 15th and 16th centuries. 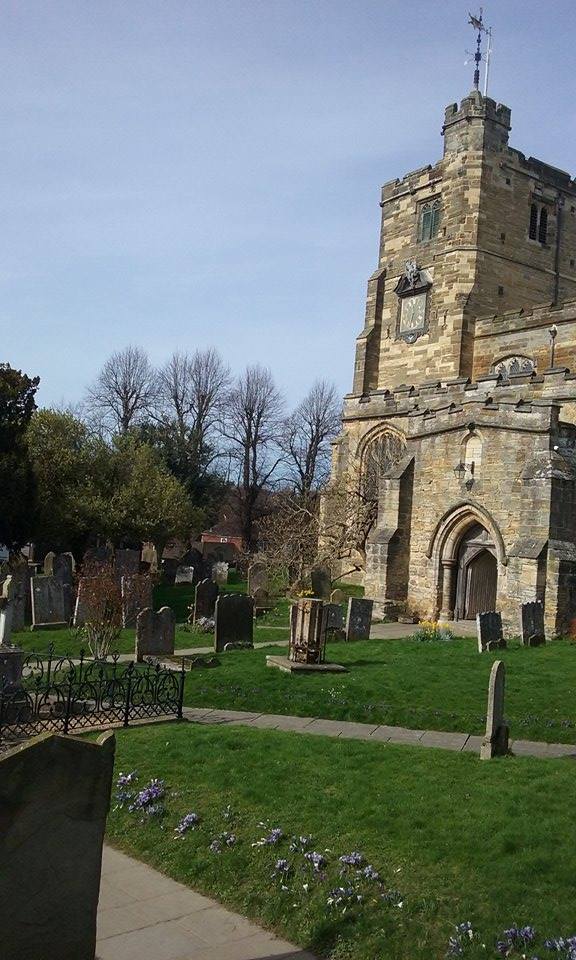 Affectionately referred to as the ‘cathedral of the Weald’, the church benefited from the town’s thriving cloth industry. The church includes some fascinating features including a ‘total immersion font’. In 1710 this curious structure was commissioned by the vicar in order to combat the growing numbers of townsfolk worshipping at the Baptist church. It would appear his plan failed, as there is only one record of a baptism there! The church has beautiful acoustics and is used throughout the year for many concerts, by school choirs, the local choral society, the town band and other soloists and choirs

Above the North Door, you will find a stained-glass window that was bequeathed to the church by Clement Cramp; a local 19th century philanthropist who left a sizeable sum in his will "for the benefit of the people of the parish". This money went on to fund the founding of Colliers Green Primary School.

Every year St Dunstan’s Church give each of our Leavers a Bible.

Did you know that if Colliers Green were to lie on the other side of the road it would be in the parish of St Mary’s Goudhurst?

For this reason, we are very lucky to have the support of not one but two churches. Goudhurst and Kilndown's lay minister, Caroline Turvey, is a regular visitor to the school and helps to enrich the school’s Christian ethos by enabling the children to gain insights from different perspectives and through different role-models.